The Preview screen or Preview is one of the most useful options offered by Revo Xef. From this screen you can track an order, perform many operations and most importantly, all that without blocking an order.

When an order is being edited by a user on a device, it is blocked to prevent two users from making changes at the same time on the same order. This might cause some kind of error. Many times, while one of the users is editing the order, the other one simply needs to review something about the same order or perform a simple action such as sending a note to the kitchen. Well then! Now you can perform these actions simultaneously thanks to the preview, thus gaining time and agility in the use of Revo Xef. 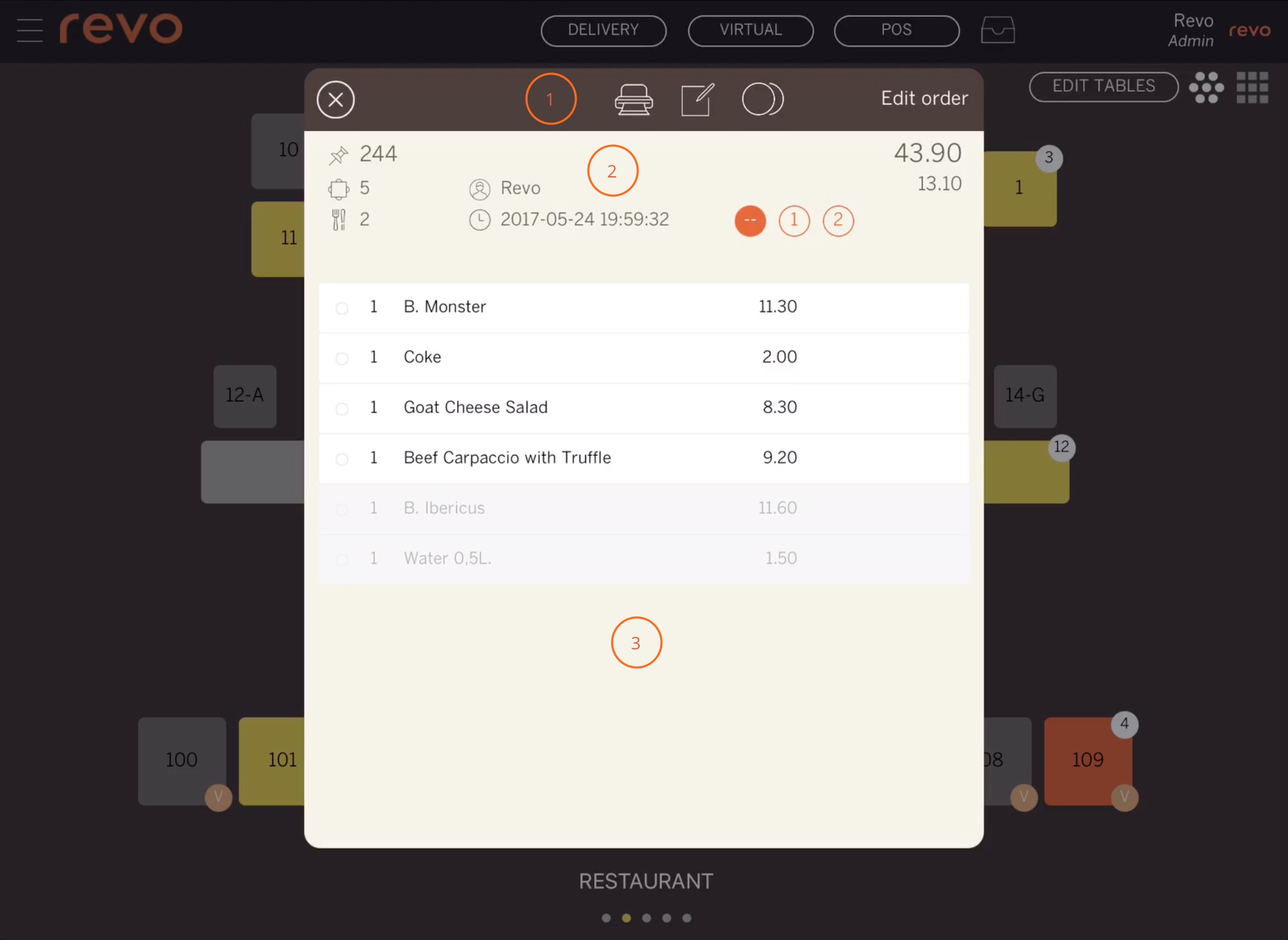 Actions allowed from the preview:

1. Top bar: From the top bar you can perform several actions without having to enter Edit and, above all, without blocking an order.

** Note: ** During the time of collecting or editing an order, the order is indeed blocked to prevent other changes from occurring at the same time. Once the edit action is finished, it is unlocked so that other users can enter.

2. Header: This part of the preview tells us all the information about the order:

3. Order: At the bottom of the preview, you will see all the products ordered by dish order (Starters, Mains, Drinks, etc.). 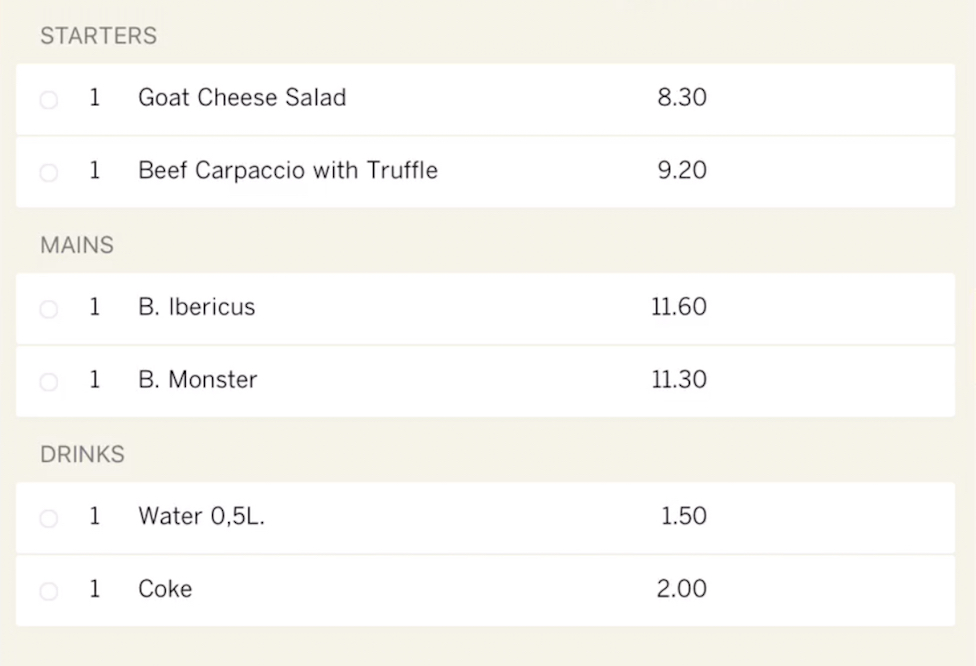 Did you find it useful?
Yes No
Still not found what you were looking for?

Call us or send us an e-mail. You can also open a support ticket from your app.

Outside of business hours and every day of the year, Revo also provides a 24/7-support service, specifically for incidents.

Send us an email at support@revo.works and
we will resolve your questions